Working with CGI for NATO

NCI Agency acts as NATO’s principal C3 deliverer and Communications and CIS provider with a need to ensure continuous collaboration to the field. 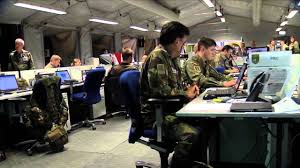 The NATO Response Force (NRF) is a highly ready and technologically advanced multinational force made up of land, air, maritime and Special Operations Forces components that the Alliance can deploy quickly, wherever needed.

The Exercise Noble Ledger 2014 (NOLR14) was a NRF 2015 Land Component Command (LCC) Exercise designed to integrate, to confirm formation’s interoperability and validate readiness and capabilities of the NRF 2015 nominated forces under NRF 2015 LCC by exercising NRF missions and tasks. A further aim is to enhance NRF CC HQ joint collaboration and to support NRF 2015 certification plan.

6,500 soldiers from Germany, the Netherlands, Denmark, USA and Norway participated in Exercise Noble Ledger in September 2014.  Noble Ledger prepares troops for their responsibilities as NRF, which, as of the beginning of 2015, will be the first to react in case of emergency, such as a humanitarian crisis or armed conflict.

iOra, in partnership with CGI, worked with the NCI Agency Team to implement the iOra Geo-Replicator replication and compression software solution to ensure continuity of operations in the field through autonomous replication between the servers at different locations. In actual field operations these servers may be thousands of miles apart and communication would be over wireless networks making transfer of data difficult and intermittent.

NCI Agency acts as NATO’s principal C3 deliverer and Communications and CIS provider with a need to ensure continuous collaboration to the field.